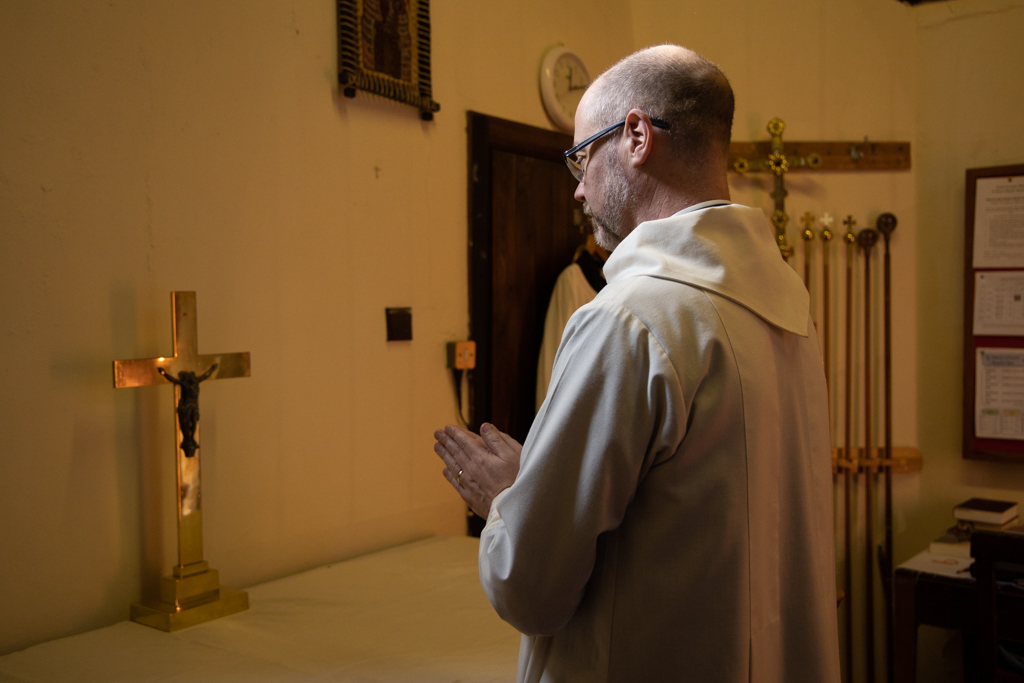 “It wasn’t supposed to be like this.” is a phrase for our times.

It’s said by those whose businesses have lost their income;

by those whose school year came to an abrupt end without taking the exams they’d worked hard towards or their leavers’ ball;

by those unable to visit dying loved ones in hospital;

by those unable to take up new jobs;

by families, friends and lovers unable to meet;

by a Prime Minister in Intensive Care rather than in 10 Downing Street;

by dairy farmers pouring their loss-making milk down the drain;

by the vulnerable, or their carers, being asked to sign Do Not Resuscitate forms;

by people of faith unable to attend their places of worship.

“It wasn’t supposed to be like this.” is also a phrase for the followers of Jesus in Holy Week.

The liberating Messiah didn’t enter Jerusalem as a conqueror on a war horse but on a donkey.  Not the entrance we were expecting.

Jesus is sold out by a close friend and arrested. A sudden plot twist.

Simon of Cyrene, minding his own business in Jerusalem is hoiked out of the crowd and made to carry the cross of Jesus. Not what he had planned.

Peter, the rock, crumbles and denies Jesus three times.  Not so much “rock” as “decidedly rocky”.

Jesus on the cross: humiliated, tortured, the victim of injustice – this is not how things were supposed to turn out. This, surely, is not the scene of triumph we expected from the one Peter declared to be God’s Anointed, the Messiah?

We all have our own ‘tales of the unexpected’ borne of the past few weeks.   Whatever your own reason for saying “It wasn’t supposed to be like this.” that is your cross this Holy Week.  Jesus says “Take up your cross and follow me.” which means carry on, persevere in faith, even if you have no clear idea where following Jesus will take you. Pray. Listen to what the Spirit is putting on your heart this Holy Week, and bear your cross, putting one step in front of the other towards the unexpected.

As Christians, this year we are caught up in the story of Holy Week and Easter in a way we did not expect, perhaps don’t feel equipped for, and almost certainly did not welcome. This is how the disciples must have felt, surely?  The Passover party they’d expected when they arrived in Jerusalem swiftly turned to tragedy and their world being turned upside down and inside out.  But this formative experience was part of their story of faith, part of how they learned what it truly means to “take up your cross and follow me” in response to the call of Jesus. Remember that crumbling Peter later found his voice and brought healing and a message of salvation to thousands. Simon of Cyrene’s sons clearly went on to become leaders of the early church. The disciples’ cry of “It wasn’t supposed to be like this.” was not their last word on the subject of the Kingdom of God, and nor will it be ours.